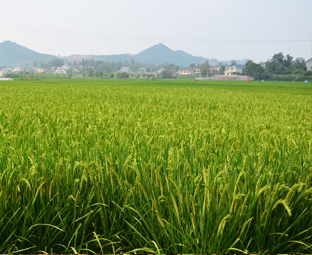 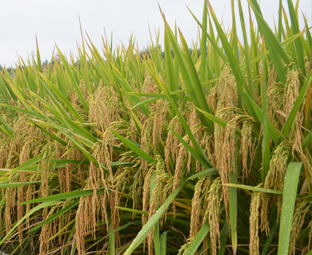 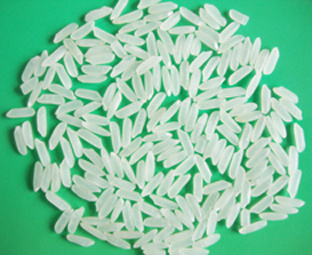 ★ Main characters of the variety
Indica two-line hybrid rice varieties.
In the upper reaches of the Yangtze River, the whole growth period of a season of medium rice is 151.2 days, which is 0.2 days earlier than the control F 498. The plant height is 116.1 cm, the spike length is 25.1 cm, the effective spikes per mu are 147000, the total grains per spike are 185.2, the seed setting rate is 82.5%, and the 1000 grain weight is 30 g. Main indicators of rice quality: head rice rate 64.7%, chalky grain rate 13%, chalkiness 3.0%, amylose content 15.3%, gel consistency 69 mm, length width ratio 3.3, reaching the second level of the standard of "Quality of Edible Rice Varieties" in the agricultural industry.

★ Main cultivation measures
In the upper reaches of the Yangtze River, one crop of medium rice is planted.
1. According to the local ecological conditions, sow early at the right time. The seed consumption per mu in the field is 1.0kg, and the seed consumption per mu in the seedling field is 8-10kg. Sow thinly and evenly to cultivate strong tillers
2. The seedling age of water raised seedlings is 30-40 days, and the planting specification is 20 cm × 26 cm, 12500 holes are planted per mu, 2 grains of grain are planted in each hole, and more than 60000 basic seedlings are planted per mu.
3. The level of fertilizer required is medium, and the fertilization method of applying base fertilizer heavily, applying tillering fertilizer in time, and applying ear fertilizer to seedlings in the later stage is adopted. Generally, 11~12kg of pure nitrogen is applied per mu, and the proportion of nitrogen, phosphorus and potassium is 1:0.5 ∶ 0.7. The base fertilizer is applied again (70% of nitrogen fertilizer is used as base fertilizer, 30% as top dressing), and the tillering fertilizer is applied as early as possible. It is forbidden to apply nitrogen fertilizer at a later stage. After transplanting, the deep-water live stump can promote tillering in shallow water during the tillering stage, and enough seedlings can fall into the water and dry in the field in time. Keep the field surface shallow from booting stage to heading stage, and keep the seeds dry and wet during the filling stage. It is forbidden to cut off water too early to prevent premature aging and affecting the rice quality.
4. Persist in soaking seeds with strong chlorine. According to the disease and insect forecast, timely apply medicine to prevent and control such diseases and insect pests as borers, rice planthoppers, sheath blight and rice false smut. Focus on the control of rice false smut.